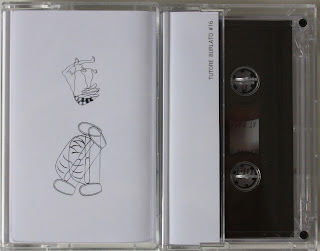 Six improv gonks from Edinburgh and Tel Aviv making vocal blab and playing junk, strings and electronics. "If memory serves correctly: There was a cloud in the room at Dunietz Towers of the Acme animated variety. At it's core though there was not a ball of violence, but a six-notched ashtray filled with the smoked-out butts of the central belt and the middle east. Unnamed onlookers would remark that in addition to the traditional fists and elbows they would observe the following protruding from the fog: three dozen bottle tops, a stick attached to a cat's arse with marshmallow, the green glow emanating from a future past's robotic butler's face and The KLF's Bill Drummond exiting slyly by the back door. Later we licked our wounds and swallowed a whole fridge before sleeping spoons in the honeymoon suite. Occupational hazards, eh. IF memory serves correctly..." Ali Robertson